Previous Next
OUR SHOP 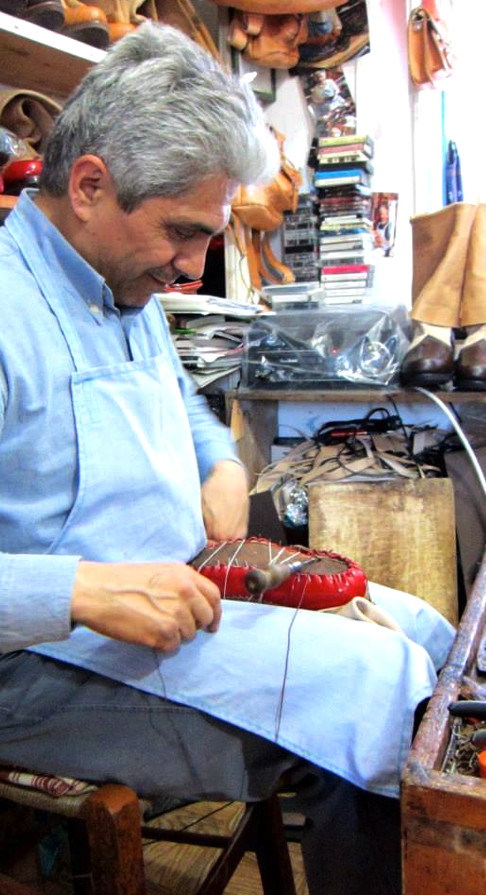 Handmade leather shoes, boots on demand, with light embroidery or without embroidery, with patent leather or without patent, Olympos famed where he stivanopoios and Skinner in front of twine, cutters, skins and all sorts of tools continues the tradition and nobody says to sit next to him lest 'steal' his art.

Olympos until today insists morals nostalgically of past times. The famous for its traditions and folklore of the village elements of Northern Karpathos resists even no more strongly, but with dignity.

At first the residents were surprised by ... invasions of tourists, but then realized that their village will have something special. And adjusted! So the inhabitants of Vrykountas one of the four ancient cities that suffered from repeated incursions of the Arabs, and were forced to leave the coast and seek shelter in the inaccessible mountains of the interior, they realized that nothing should matter.
Women should continue to wear the colorful traditional costume, and when opening the lens of the camera can not deny shooting with a modest but sure smile.

Among at windmills, bakeries, churches, humble houses with small narrow streets between them, I met John Preari, the cobbler of Olympus.
You are the third generation shoemaker in Olympos, and the only one for years!
It was my grandfather, my father along with his uncles SAKELLION them, too. Now no one else cares to continue together with us can be lost and the art.

What need did the people of Olympus have, to create another kind of shoe, called stivania?
Distances here are great, the fields located in Vlora, and Vrikounta, one of the ancient cities of Karpathos Olympos where they went and made the crops thereof; grains, kritharia- was away and went on foot or with donkeys in which are then loaded the fruit, and thus came back on foot. Therefore their boots had to be strong and to protect it from stones, branches, snakes and everything else on the rugged terrain.
So what is the boots and from most hardware made?
Shoes female, but the male, which is handmade and then today, made of goatskin which were processing the tanneries were called tanneries. I too tannery today. They are made of goatskin and always beef from animals of Olympus. Especially the bottom made from beef because beef skin is more durable.

How was the skin treated?
Picking herbs from askino mountains, or acorn, the dries, skins placed in water in a large cistern to soften, after entering the lime to leave the hair after an ash oven in the same lime, and then cleaned up in a clean wood with the knife, in chicken faeces to disinfect the skin and leave more of the substances of ash and lime. Washed, cleaned, and was ready to enter the herbs we said before to cook and get the color of the power that had substances. The skin was coming on, washed, coated with pork fat and oil to have elasticity. He took one months treatment depending on the quantity of skins. 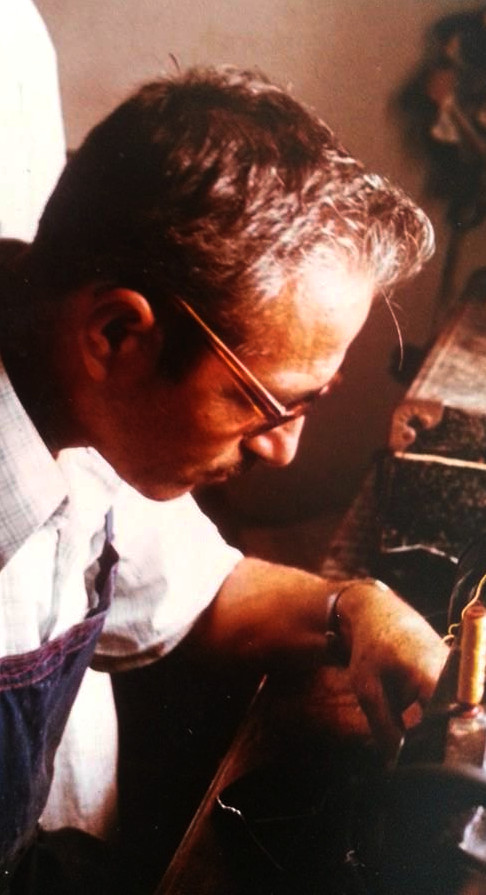 What has changed since then in this process?

Then there were the palette, are now available. For color picking the bark of pine, dries it in the oven to calcine and then the grind, became dust, blushed water, we put into skins we wanted to give them color, and was the color we wanted either red dark or the natural skin.

The men's boots were made in the same way?
And those of leather and were painted in natural color. There were Vrakades wearing potouria and notables. Daily outfit wore the shepherds. The fardoskelades had the earth, or else the Kanakari, the notables and distinguished by his uniform yet. The boots were then far more durable as it is today.

You continue MAKER boots, do it the same way?
About yes. We take the measure with the measuring tape on the leg to the bottom, the koutepie and calf generally capture the leg and the boots are made in the same way. Added course and patent leather shoes for women. The leather comes from Athens.

The wear in their daily lives the Olympitisses? What color?
Two couples have, one for weekdays and one for leisure. For large women color is skin matt. And there are slippers, the pasoumia. They are usually black wooden icons were painted, and the bottom is red.

Foreigners stop your cobbler, interested in learning?
Very. TV channels come from everywhere in the world, the show at home and then come the tourists and ask to buy them. Buy the boots and go to Italy, Belgium, Switzerland, in all countries. Yesterday saw an Italian, the costumes were doing, took it.

The boots uniforms Rhodes worn with traditional costumes dance in the shapes you've made?
Yes, of Embonas, Kalithies, Kalymnos, their ego fix it. I ship orders to the Associations of Australia, America ... Foreigners come, interested, excited ours, our tax like they are luxury items. They came here and ministers, they saw, were thrilled when they left nobody dealt be an incentive to continue the tradition.